Scott Jarvie was commissioned to design and produce the Boardroom table for the new V&A Dundee.
Suspension is inspired by Scotland’s great engineering achievements. The design alludes to the engineered bridges that have played such a pivotal role in the development of the modern world and Dundee in particular.

The design consists of the table top, produced in solid Scottish Ash and the base, produced in Stainless Steel.

Each of the base’s three sections are mechanically fastened together with four Stainless M12 X 16mm Socket Countersunk Screws. Laser engraving on the surface of the components facilitates construction and alignment. The spans have been painstakingly labeled at either end and their position on the corresponding end section is also marked. Jarvie developed a single line font to make the engraving process more efficient. There are 192 regions that are engraved with alignment data as each section consists of 2 end plates connected by 16 spans. These spans are numbered sequentially from 1-16. It is these laser engraved labels that denote the placement and required span end number on each of the end sections.

A power cable plus three Cat6e cables are run from the Floor Box through a concealed channel in the frame of the table to supply power to plug sockets and data connectivity to the conferencing system. This wiring is accessible behind the faceplate at the far end of the table.
The central cavity within the undercarriage has two distinct regions, the area that is accessible via the access doors on the table top, this offers power sockets and storage for power cables/transformers. Plus a concealed area below this that hides equipment for teleconferencing and data/power cabling. Both of these cavities are perforated in a manner that allows cross ventilation from one end of the structure to the other.

The Table Top is produced in Scottish Ash, sourced from the Scottish Borders. The top surface is planked in a manner that creates the effect of continuous wood grain and the doors that allow access to the power points also maintain this strict continuous grain aesthetic. The boards for the top were meticulously selected to ensure an aesthetic gradient in terms of tone and pattern of the planks while also being mindful of the ‘cup direction’ of each piece of timber – in order to best mitigate against the possibility of natural movement in the wood over the years.

The table features two machined brass discs on the underside of each of the middle door hatches. These denote the lineage of the piece. The ‘Unicorn’ recognises the generous donation by Tim Allen that made the piece possible and the ‘Jarvie’ disc is a design mark for Scott Jarvie. Both of these are deep milled pieces of brass produced in exactly the same way as blocking dies, which facilitate the production of multiples in both printing and embossing.
However, as this piece is one of a kind the concept was to embed the dies within the table, as multiples were not required. 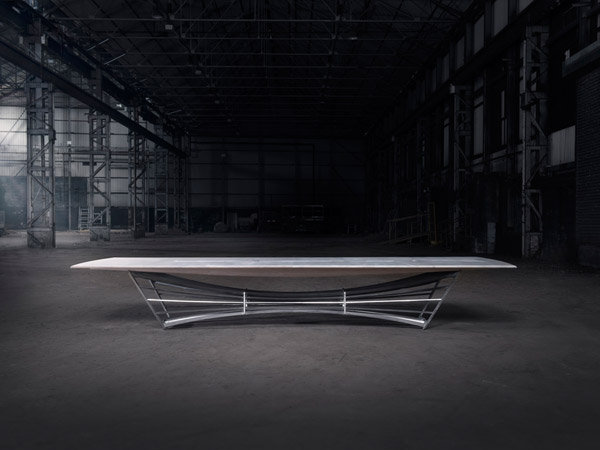 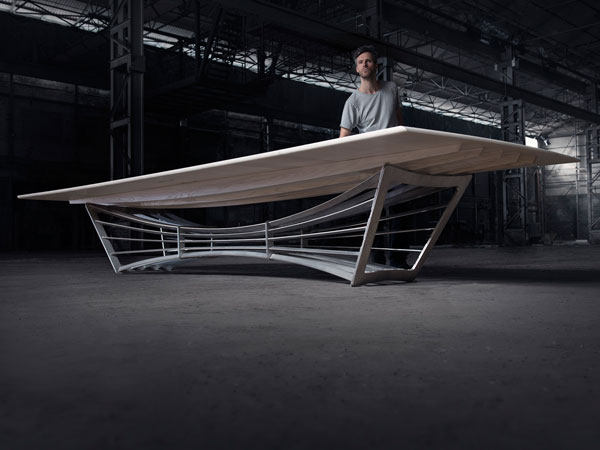 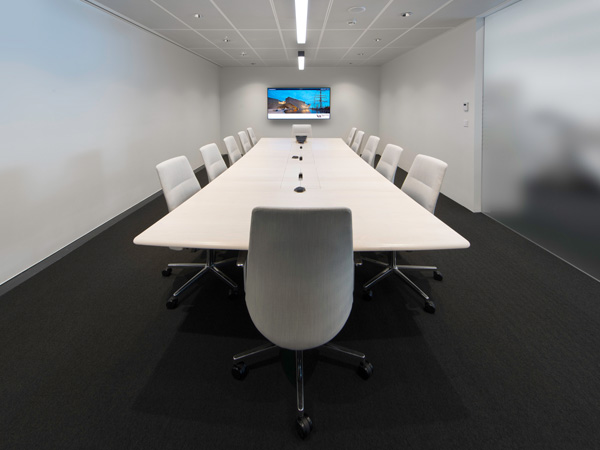 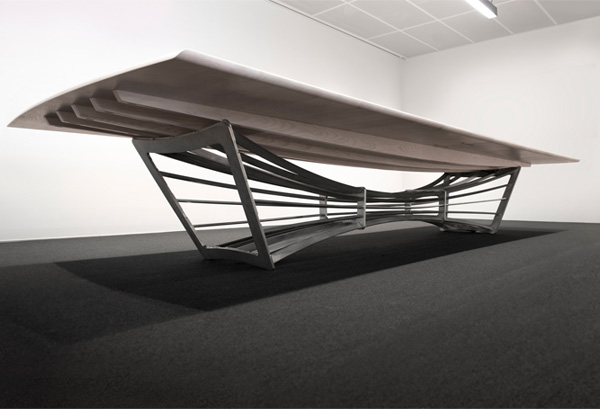 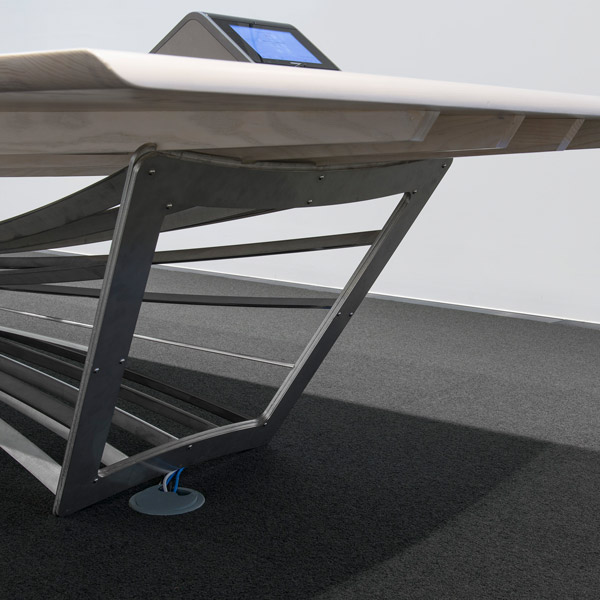 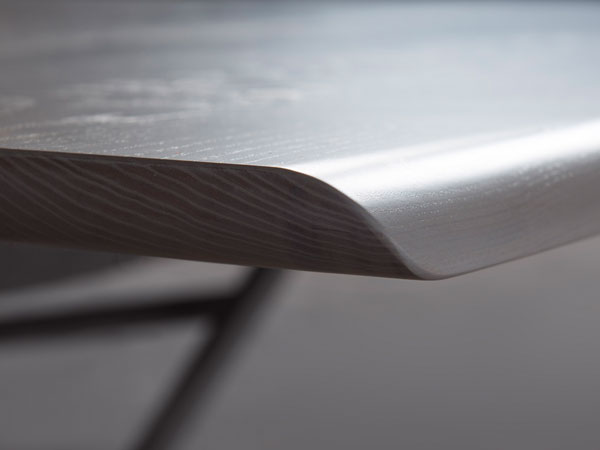 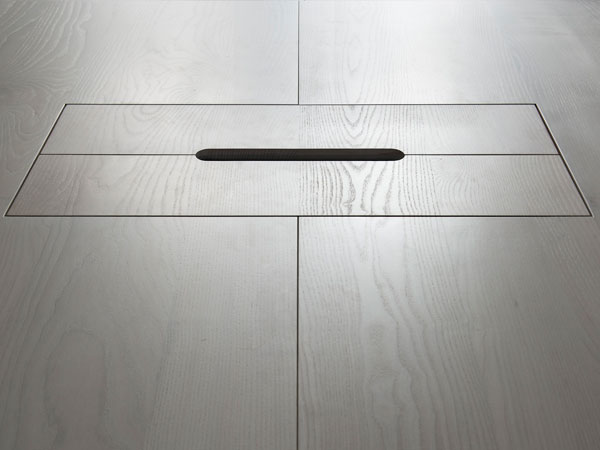 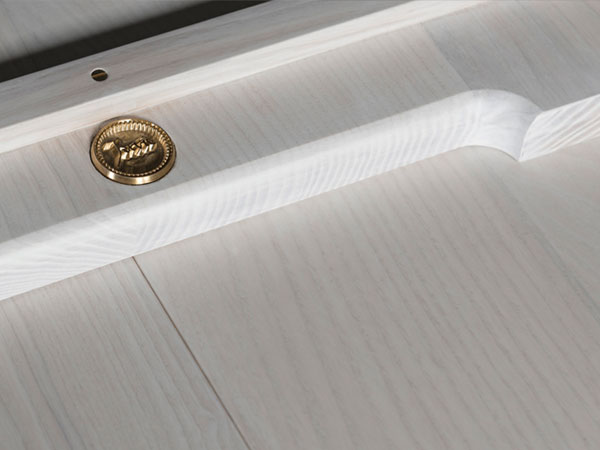 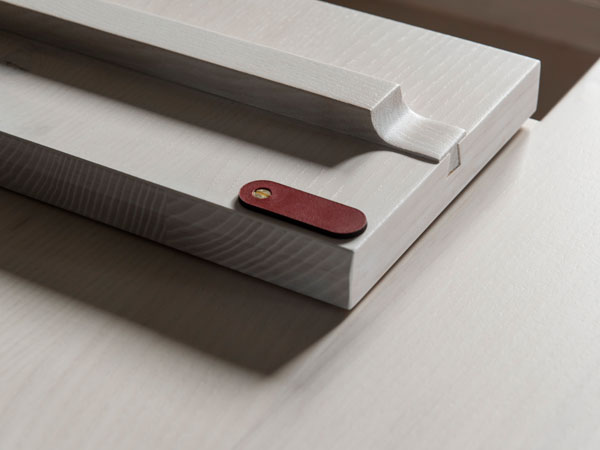 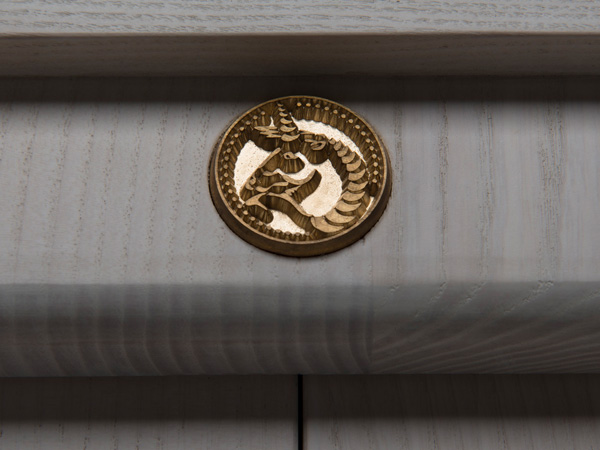 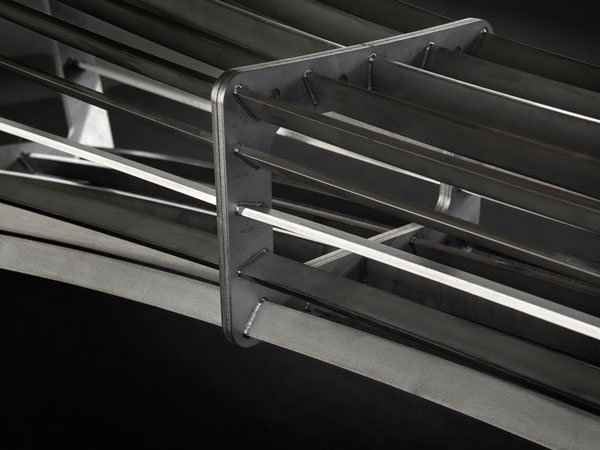 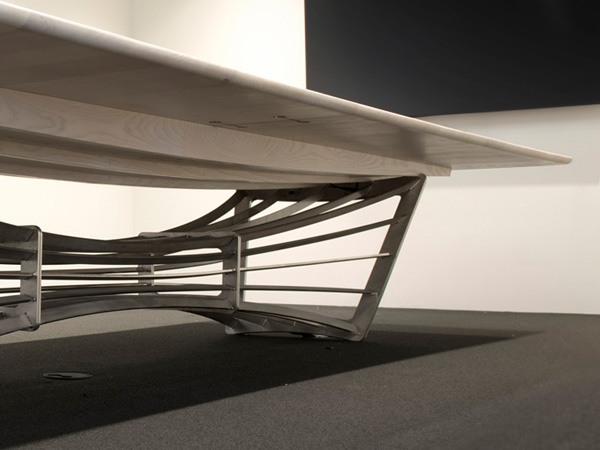 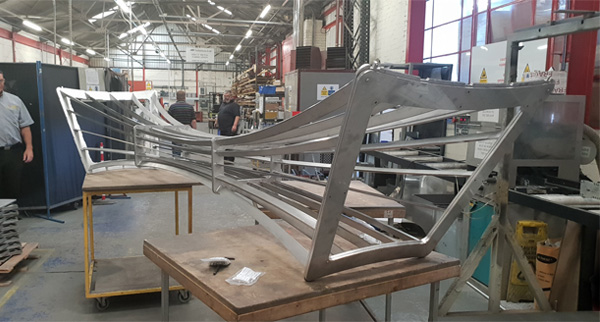